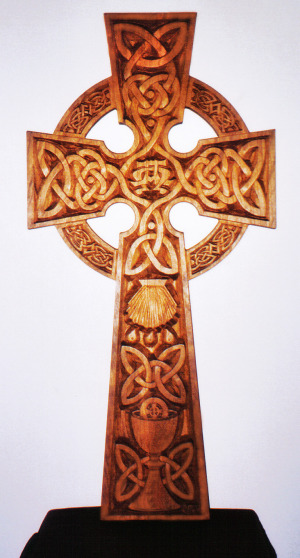 Bea Hicks was born to Fred R. Fox and Grace Irons Fox on December 11, 1927 (or December 12, according to the family Bible) in their home in Rossville GA, the first of the 3 Fox girls. Those 3 girls shared a bed, clothes, and lots of work as they grew up together thinking alike about just about everything.

Working in a gas station in Rossville, she caught the eye of Charley Hicks who could see her from the window of Peerless Woolen Mills where he worked. They were married April 15, 1949.

Bea attended McKenzie Business School, which prepared her to manage Hicks Insurance Agency for decades. She loved to sing. In addition to working in the business, Beawas an alto in the choir at Simpson United Methodist Church and later at First Presbyterian in Chattanooga. She was a member and served as president for several years of the Missionary Ridge Garden Club, participated in Bible study groups, supported missionaries in various ways, volunteered with her husband Charley atWMBW and with the ministries of CMBC. She walked and biked into her 80’s, at age 80 ran for Chattanooga City Council, raised 2 children and helped raise 4 grandchildren after her son-in-law, Klaus, was killed in an accident that also left her daughter, Janet, an incomplete paraplegic.

She was known by her family and friends for her warm hospitality and having fun, her love of hymns, her daily time in prayer and devotion each morning, and her deep love and concern for all her family members. She did so much more that we can’t list, which led to her being known as ‘Busy Bea’ and led to many lifelong friendships with wonderful people.In addition to maintaining her long-time friendships, she was also always making new friends. In recent years, she really loved and enjoyed her friendships with: her caregiver Natasha Byrd, the residents and staff at Martin-Boyd Christian Home, and her other care companions.She was deeply blessed by their loving care. While living at Martin-Boyd, she remained active with her family, friends, and church through: visits, phone calls, email, as well as ‘virtual’ studies,meetings, worship services, family reunions, and online Scrabble.

Many have shared thoughts and memories that have helped give a more complete picture of Bea. Here’s what one friend wrote:“Simply speaking, Bea Hicks was ‘good people.’She and Charley fit well together. She was a serious person, who never took herself too seriously. She was a faithful person who not only talked, but lived her faith. She loved her husband and her family, her friends, her church, and her Lord. I am blessed to have known her and was blessed by her friendship.”