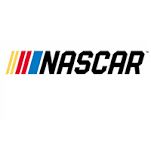 Paul Edward Hyde, age 68, went home to be with his Lord on Sunday July 17, 2022, after suffering a stroke at Life Care Center of Hixson

Paul graduated from Chattanooga Central High School where he played the trumpet in the band. He graduated in the class of 1972.

He attended UTC and graduated from the Chattanooga Electrical Apprenticeship school, where he was #1 in his class.

Paul worked for his father at McKenzie Electric Co where he helped wire Sequoya Nuclear Plant and later through the IBEW Local 175. He was very proud of being an electrician with the IBEW.

He had a genius IQ and received many educational awards including the Science Award in 9th grade.

He attended Bartlebaugh Baptist Church with his family where he was in the RA's and the DeMolays. He was in the Boy Scouts.

Paul was a people person and enjoyed engaging in intellectual conversations.

He liked music, playing his guitar and singing.

He was a prankster and played April Fools jokes on everyone including his mother.

Visitation will be this Saturday July 23 at Bartlebaugh Baptist Church, 6129 Champion Rd, Chattanooga, TN, 11 a.m. to 1 p.m. Brother Marvin Kirkpatrick will conduct the service in the church at 1 p.m. Interment will be at 2 p.m. at Hamilton Memorial Gardens, 5401 Hwy 153, Hixson, TN.

To send flowers to the family or plant a tree in memory of Paul Edward Hyde, please visit our floral store.

A Memorial Tree was planted for Paul

Join in honoring their life - plant a memorial tree