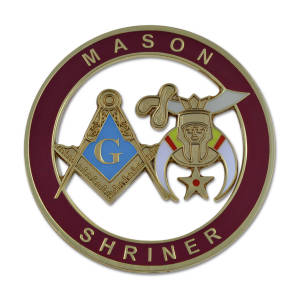 Stanley Wagner, 78, a native Chattanoogan, was an alumnus of Southeastern College of Technology and Central High School. He was blessed with a strong faith in God and was a member of The Gathering Church.

Stanley was unselfish and a hard worker with a marvelous memory and sense of humor. His talent was in leadership and he was respected by those who dealt with him. You could depend on him. These qualities converged wholly with Masonic values and Stanley found his true calling there in 1963, when he became a Freemason. He was a member of the Brainerd Lodge-56 years, Scottish Rite Consitory-51 years and York Rite-24 years. In 2005, Stanley was elected as Potentate of Alhambra Shriners where he was a member for 51 years. He was Past President of the Red Fez Club, Charter President of O’Possum Shrine Club; member of the Cleveland, Rhea Co. and Roane Co. Shrine Clubs; Royal Order of Jesters, Square and Compass Club and OES-Sunnyside, American Legion, Chattanooga Half Century Club, Order of Quetzalcoatl and Fraternal Order of Eagles.

After his retirement from The Valve Shop, a Division of Boiler and Heat Exchange Systems of Chattanooga, he volunteered his talents to the Shriners as Office Manager and Recorder. Though bound to a wheelchair, Stanley remained an active, energetic and effective advisor to the Board of Alhambra through his work with the Cabiri Unit.

It was imperative to Stanley that those who remember him not mourn his death, but celebrate life. Even as his body was failing him, he showed love, he smiled, he laughed and he truly lived each remaining moment. The lessons he taught and the love he gave from his enormous heart will live on through those he touched.

On Wednesday, September 2, 2020 we will celebrate his life with The Revs. Darrell Henry and Mike Woody conducting the memorial at The Gathering, 2501 Pine Grove Road, Ringgold, GA 30736 at 2 p.m. The family will receive friends from 1 p.m. to 2 p.m.

In lieu of flowers, memorial contributions may be made to Alhambra Shriners General Fund, 1000 Alhambra Drive, Chattanooga, TN 37421 or The Gathering, 2501 Pine Grove Road, Ringgold, GA 30736.

To send flowers to the family or plant a tree in memory of Stanley Marvin Wagner, please visit our floral store.